Clifford Garstang wrote two of the best books I read last year (links at the end of this post) and I am happy to host his contribution to the discussion of Carver’s classic story, Cathedral.

There are two aspects of Raymond Carver’s “Cathedral” that I always raise in a discussion with students. The more important of these is the voice of the narrator, but it also strikes me that the characters’ names are also significant.

We see just three characters in the story: the husband, the wife, and Robert, the blind man who comes to visit. Robert’s wife, Beulah, having just died, also has a presence. Somewhat in the background is the wife’s first husband, the Air Force officer. The only names we’re given, though, are Robert and Beulah. It may be that we don’t get the husband and wife’s names simply because the first-person narrator doesn’t think of himself by name—entirely natural—and he may also think of his wife merely as his wife. Especially at the beginning of the story, the husband is short on empathy and is inconsiderate of the feelings of both his wife and the blind man.

Clifford Garstang is the author of two of my favorite books I read last year: What the Zhang Boys Know and In an Uncharted Country.

Robert and Beaulah, however, are unknown to the husband, and so their names are more a part of his impression of them. In fact, he thinks the name “Beaulah” sounds like a black name, and his image of Robert’s wife as possibly being black contributes to their otherness for him. The people who are very familiar to him—himself, his wife, even his wife’s first husband—are unnamed, but these strangers coming into his life, Robert and Beulah, have to be named. And Robert needs to have a name for the husband, but instead calls him “Bub,” no name at all, even though on two occasions the husband listens for Robert to use his name.  But there’s another aspect to the namelessness of husband and wife. While the named people represent something foreign, the unnamed may merely be stand-ins for all of us. After all, the husband’s prejudices about blind people—they all wear dark glasses, they don’t have beards, they don’t smoke, etc.—are human attributes. While we may not have these exact prejudices, we have others, and it’s not at all difficult to relate to the husband.

What really stands out in this story, however, is the voice of the narrator and his growth as a character. His attitude toward Robert is, at first, cringe-worthy. He speaks his thoughts without editing them. (“Maybe I could take him bowling,” he says, knowing this will upset his wife.) He is sorely misinformed about blind people—he admits that his idea of blindness comes from the movies—but it develops that he is similarly misinformed about other subjects and has a particular lack of curiosity. Gradually, over the course of the evening, as Robert shatters the husband’s prejudices, the change in the husband is apparent. He’s more polite. He keeps Robert’s Scotch glass filled. He offers to share a joint with Robert—something of a peace pipe that further breaks the barriers between them. And ultimately, of course, the two men both discover the art of the cathedral together. With his eyes closed, the husband admits, “It’s really something.”

Clifford Garstang is the author of the prize-winning short story collection In an Uncharted Country (Press 53, 2009) and the novel in stories What the Zhang Boys Know (Press 53, 2012). About his first book, Tim O’Brien, author of The Things they Carried, said, “In an Uncharted Country is an impeccably written, sumptuously imagined, and completely enchanting book of stories. . .” John Casey, author of Spartina, called What the Zhang Boys Know “a wonderful and haunting book.”

Garstang’s work has appeared in Bellevue Literary Review, Blackbird, Cream City Review, Los Angeles Review, Shenandoah, Tampa Review, Virginia Quarterly Review, and elsewhere, and has received Distinguished Mention in the Best American Series. He won the 2006 Confluence Fiction Prize and the 2007 GSU Review Fiction Prize and has been awarded fellowships by the Virginia Center for the Creative Arts and the Sewanee Writers’ Conference. He holds an MFA in Fiction from Queens University of Charlotte and is the co-founder and editor of Prime Number Magazine. He is also the author of the popular literary blog Perpetual Folly.

After receiving a BA in Philosophy from Northwestern University, Garstang served as a Peace Corps Volunteer in South Korea, where he taught English at Jonbuk University. He then earned an MA in English and a JD, magna cum laude, both from Indiana University, and practiced international law in Chicago, Los Angeles, and Singapore with one of the largest law firms in the United States. Subsequently, he earned a Master of Public Administration from Harvard University’s John F. Kennedy School of Government and worked for Harvard Law School’s Program on International Financial Systems as a legal reform consultant in Almaty, Kazakhstan. From 1996 to 2001, he was Senior Counsel for East Asia at the World Bank in Washington, D.C., where his work focused on China, Vietnam, Korea, and Indonesia.

Garstang teaches creative writing at Writers.com and elsewhere. He currently lives in the Shenandoah Valley of Virginia. 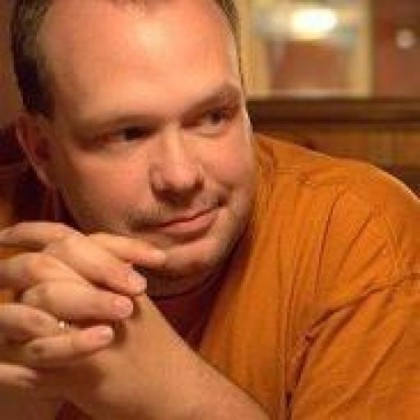